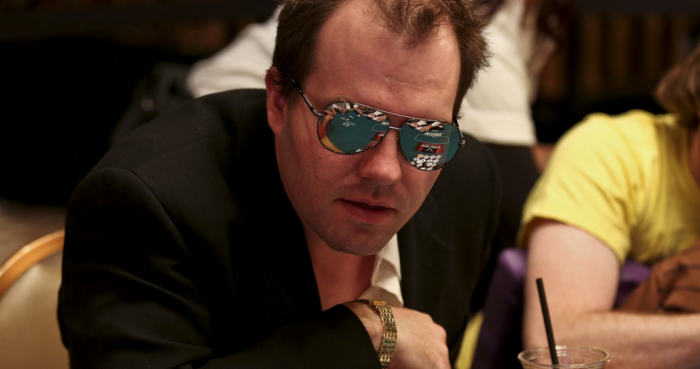 Dutch Boyd's poker career has been about as up and down as you can imagine. In fact, it was just over two years ago that the 3-time WSOP champion was looking for a "real job" and almost ended up answering calls for Sprint. Well, things have changed around for Boyd ever since he won a 2014 WSOP event along with $288,744. And now he's become relevant in the poker world once again.

That said, Boyd was recently grilled on some poker questions by Quora.com users, most notably how long it would take to become a pro player. So did Boyd give the poker-friendly answer that would draw more fish to the pond? Not quite, and his lengthy answer was very Dan Colman-esque.


Boyd believes that if one spends a few hours every day working on their game, including playing, reading books, visiting forums, watching training videos, and watching replays of online and live final tables, they can become a poker pro in six months. However, Boyd also adds this caveat:

"That's assuming you have what it takes to beat the game in the first place, because quite simply there are plenty of people out there who just don't. Not anybody can make it in poker. I've known a lot of people in my life that could spend 10 years studying and reading and still would just lose. With the rake, it's a hugely negative sum game. The vast majority of players lose, and the vast majority of "pro" players are actually just passing through. It's become a misnomer... a way of saying 'unemployed and not looking.'"


The 34-year-old's bleak outlook on becoming a professional poker player didn't end here. He also puts a damper on some of the different reasons for trying to become a pro:

In the end, Boyd explains that there's only one really good reason why one should take up poker as a career - if they're really good at the game. So is he right? Well, this is a long-time professional player speaking from his experiences on how tough poker can be.

But there are others who might focus more on poker's rewarding side, including Daniel Negreanu, Jason Mercier, Patrik Antonius and Phil Ivey. All of these guys have gotten rich through the game, and without hitting the career lows that Boyd has. Beyond the money, though, some just appreciate poker's competitive side while trying to out-maneuver their fellow opponents.