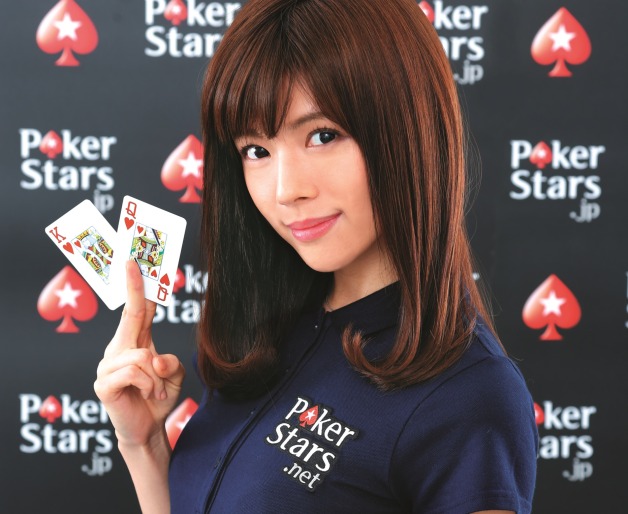 PokerStars recently made a couple new additions to their pro roster, signing former gamer Liliya 'Liay5' Novikova and model Yuiko Matsukawa to deals. There's one obvious similarity between these two new members of Team PokerStars since they're both young, attractive females. But beyond this, Novikova and Matsukawa are quite different from each other. That said, let's discuss both signings more in depth along with what each one brings to the table.

Like dozens of other famous poker players, Novikova comes from the gaming world, where she was a pro "Defense of the Ancients" player. But the Moscow native eventually found online poker and changed pursuits, dedicating a large amount of time to mastering sit and go's.

These days, Novikova specializes in hyper-turbo SNGs and plays a mix of $30, $60 and $100 buy-in events. The 22-year-old has put in enough volume to achieve Supernova status, which caught the eye of PokerStars' marketing department. Now, the Russian is living out a dream that includes playing the game she loves under a sponsorship deal.
"I would've played poker anonymously for the rest of my life, and I could've been happy doing it. That didn't stop me from dreaming, however," blogged Novikova. "I dreamt of what it would be like to get the call that I was going to become a member of Team Online."
As a newly minted member of Team PokerStars Online, Novikova will be looking to move up to Supernova Elite status. And she writes that being sponsored will enable her to play more live tournaments in the future too.

Considering that Japan still doesn't have legal poker - land-based or online - PokerStars is really attacking this market ahead of time. Just a couple months after signing Kosei Ichinose, Stars has tabbed model Yuiko Matsukawa to be a brand ambassador for them.
Matsukawa isn't much of a poker player, although she did play in the Macau Poker Cup. Her real value comes in the fact that she's appeared in movies, TV shows, magazines and has done plenty of modeling work. Below you can see a statement from the 24-year-old on her signing:

"I was honored to participate in a major poker event as a PokerStars brand ambassador. In the beginning, I was a bit nervous, but eventually I found myself enjoying the game in a relaxed mood. I really appreciate my fans that cheered me on during the competition. PokerStars provides us the opportunity to play poker on smartphones and tablets, so you can enjoy games everywhere and anytime. I will continue to brush up my skills for the next tournament. Please wish me luck!"

Given that she's now a PokerStars ambassador, you can expect to see Matsukawa in future live tournaments, PokerStars ads, and involved in their Asian marketing efforts.