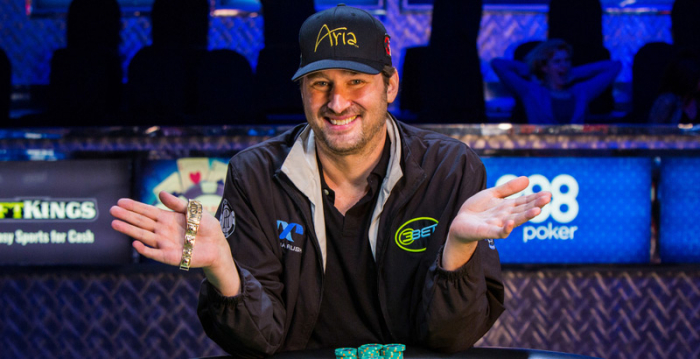 Phil Hellmuth has definitely conquered the poker world with 14 WSOP bracelets and over $19.3 million in tournament winnings. But has he conquered any other games, like golf for instance?

“I'm known for showing emotion at the poker table, and I used to be the same way with golf, throwing clubs and acting like a complete brat, until about five years ago,” said Hellmuth. “That was when I realized that I'll never really excel at golf. I'm a 16-handicap! With poker, I'm supposed to be great.”

Hellmuth’s comments came during an interview with Golf Digest, where he discussed a number of topics including the game’s hustlers, drinking cognac with Michael Jordan and golfing with Golden State Warriors players. That said, take a look below at some of the highlights from this interview.

How Hellmuth avoids being Hustled on the Golf Course


The Poker Brat has hustled a few people on the felt in his time, so he knows how to spot people who are trying to do the same to him on the golf course. In fact, he has a series of questions he asks random people when they want to golf with him.

“When strangers walk up to me and want to play golf for money, I worry,” Hellmuth said. “I wonder why they're coming to me, and I begin asking questions: When did you start playing? What's your best score? Are you playing your best golf right now? Where do you play? Usually I can tell if they're lying.”

Despite his reluctance to play with hustlers, Hellmuth has golfed for some pretty high stakes in the past. He and a really good golfer once teamed up to play a professional golf gambler named Denny Mason and his partner for $2,000 a hole. Hellmuth and his partner dominated the matchup, winning $55,000 that day.


Hellmuth loves rubbing elbows with other celebrities, and it turns out that he’s hung out with some of the most-famous people on the planet. One time, he was even scheduled for a tee time with Michael Jordan, but missed out because he overslept.

“One time I was in Vegas with M.J. and his crew,” he said. “I had dinner with them, gambled with them, clubbed with them. And Michael said that I should meet them for golf at 11 a.m. I told him that I don't get up that early. He started laughing and said, ‘That's right. You're a poker player.’ I promised to be there at 3, got there at 3:30, and they were on their 32nd hole of the day.”

Unfortunately for Hellmuth, the Vegas desert heat had worn on Jordan and his buddies by this point, so they decided to call it a day. However, the Poker Brat did at least drink Louis XIII cognac and 70-year-old scotch with Jordan at the clubhouse.