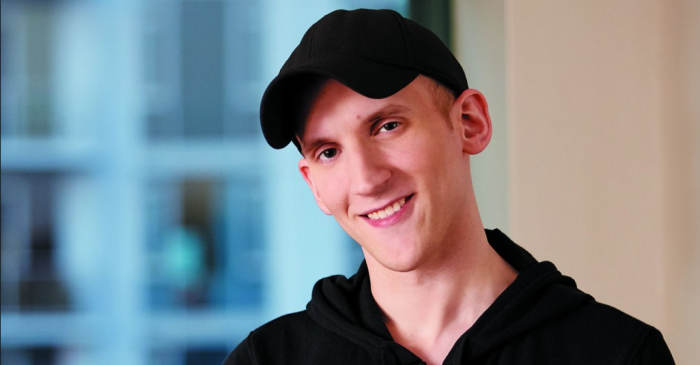 Legalizing online poker has been a hot-button topic in California for years. And poker pro Jason Somerville recently appeared on CNBC’s Power Lunch to discuss the benefits of legalizing iPoker in the Golden State.

His opinion was met by opposition from Rev. James Butler, who heads the California Coalition Against Gambling Expansion. Below you can see what Somerville had to say in favor of regulating US online poker, as well as Butler’s argument against it.


One of Somerville’s central arguments for online poker regulation is that most countries in the world are already doing it.

“Online poker exists in a regulated environment in the majority of countries around the world,” he says. “And it’s great to see states like New Jersey take a forward thinking approach on this – taxing and regulating.”

The Run It Up! Twitch streamer thinks that we need iPoker regulation to protect players from unsafe offshore sites that offer services to Americans.

He adds, “I personally have lost tens of thousands of dollars on unregulated online poker sites – it just vanished in the middle of the night [due to Black Friday].”


Another point that Somerville made is how unregulated sites don’t have enough safeguards in place to prevent problem or underage play. On the other hand, a regulated company like PokerStars does.

“Sites like PokerStars, which is the most-licensed and regulated online poker site in the world, they are pushing for these regulations so that we can make sure there’s no underage play, that there’s no problem gamblers playing.”

Somerville adds, “The unregulated sites, they don’t care if someone’s losing their house or playing underage – they’re just there to make money. I think the government’s perspective should be to tax and regulate.”


While Rev. Butler is worried about the morality side of online poker, he also points out that legalizing online poker might not be the boon that California lawmakers are expecting.

“You’re talking how this is going to raise revenue, and the studies indicate that there is a three-to-one loss for states and governments that use gambling as an economic resource,” says Butler. “It occurs through the social and economic costs of increase in crime, unemployment, welfare, homelessness, and bankruptcies.”

Butler adds, “What happens when you take that much money out of the retail economy, the service economy, and put it in a sector that doesn’t have the same economic multipliers?”

Butler also believes that there are other ways to protect poker players from offshore sites, other than legalizing iPoker so that they can play in a regulated environment.

“The federal government closed sites down in 2011. The state of Washington closed down sites. It may not be what the gamblers want, but if they are truly arguing that we need to protect these people from themselves, then the state of California needs to enforce the regulations that we have and close these sites.”


While the reverend brings up some interesting statistics on what happens when states continue expanding gaming, his argument is missing one key element – there will always be offshore poker sites in the absence of regulation.

When the US federal government initiated Black Friday, they went after sites that were illegally using payment processors to launder player deposits.

Thanks to the advent of Bitcoin, offshore poker sites can offer services to Americans without breaking laws or laundering money.

Until regulation happens and gives US poker players more options, Americans will simply continue playing at unregulated sites while money funnels out of the US.