Las Vegas police have charged a 23-year old poker player for allegedly stealing $500k in Bitcoin from a novice cryptocurrency trader in 2020. 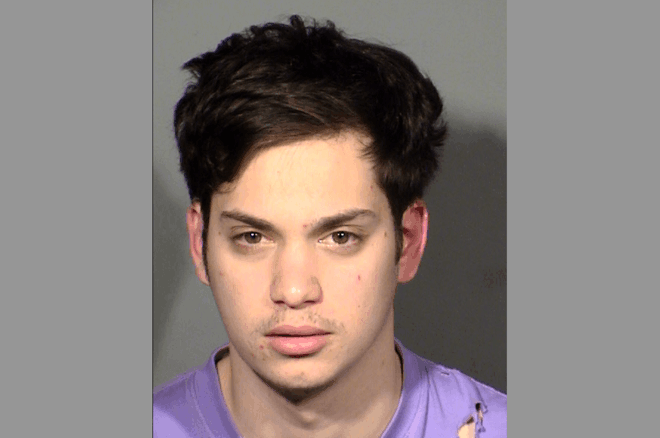 Last week, Filippos Liakounakos was booked by the Clark County Police department and now faces three felony charges in Las Vegas Justice Court: theft of more than $100,000, an unlawful felony act involving electronic mail or transmission of computer data and identity theft to cause a financial loss of more than $30,000.

Liakounakos is a semi-professional poker player who even appeared in the 2020 World Series of Poker, cashing in $1,021 in winnings in a No-Limit Hold’em Deep Stack $1 Million tournament.

On Tuesday, the Las Vegas Review-Journal reported that Liakounakos scammed an anonymous victim back in November 2020. The victim told police that he was contacted by a business associate on the encrypted mobile chat app Telegram and came to an agreement to transfer $500,000 in Bitcoin which included a $50,000 seller fee.

The following day, the victim contacted the associate via a different channel to confirm that the Bitcoin had been received. The victim soon found out that the associate was not aware of any transaction and that he had in fact sent the money to an imposter.

A detective on the case has said that upon reviewing the blockchain transaction, he "observed the BTC (bitcoin) being moved rapidly in what is commonly known as ‘peeling’ to obfuscate where the BTC was going."

Liakounakos' mistake was contacting the victim once more the following month, requesting a second Bitcoin transaction of almost $1 million. The victim managed to obtain an email address from the scammer, which gave police the information needed to issue a warrant for Liakounakos' arrest.

Las Vegas Magistrate of Justice Susan Baukum set the bail for Liakounakos at $250,000 bail, but noted that the police are still investigating whether Liakounakos may be involved in similar transactions.

Baukum put forward two scenarios with which Liakounakos could possibly pay bail. One was a $100,000 guarantee with a requirement to remain in Las Vegas while charges are pending. The second was a $ 250,000 bail but stated that "what worries [her] is the absolute lack of ties with this community."

Rumours of a separate scam began earlier in 2020 on a poker forum, where users were talking about another alleged six-figure theft by Liakounakos within the poker community.

Dan Fleyshman, an entrepreneur and poker player who has $770,281 in live tournament earnings, followed up in the thread to speak on the rumours.

Anyway, this came out because Fleyshman decided to use the visibility of the (Bill) Perkins drama to create some of his own for Filippos. Not sure if the claim is true, and Fleyshman has been known to stretch the truth, but my gut feeling is that this is true or mostly true.