We first saw Badziakouski take the Triton spotlight back in May 2018, with his first win in the HK$1,000,000 event in Montenegro, which banked him a staggering $2,499,184. Though this must have been a nice boost to his bank balance, it pales in comparison to his second payout which came in July that same year. Securing the HK$2,000,000 Super High Roller title in South Korea came with a whopping $5,257,027 prize for the Belarusian pro.

From a field of over 100 entrants just 13 players landed in the cash, but Badziakouski came out on top of the Triton Poker Super High Roller Series Madrid €50K 7-Handed final table:

There were many familiar faces in the mix with the legendary Phil Ivey, Brian Rast, Adrian Mateos, Patrik Antonius and Stephen Chidwick making appearances at the 2nd day tables, but none were able to make it to the final 8.

As the final table came together, Badziakouski found himself in pole position with the chip lead while Linus Loeliger was sat behind the shortest stack. The Belarus native sent Loeliger home early, after he jammed 13 big blinds against the soon-to-be champ, only to lose on a flop giving Badziakouski a pair of kings.

Tom-Askel Bedell was next to hit the rail, taking the seventh place prize of €240,000 with him. Soon to follow was online poker titan, Bruno Volkmann who cashed in a cool €303,000.

Dutch poker player Kevin Paque was next to be eliminated when played ace-four against the queen-deuce of Danny Tang. The admiral fifth place finish gave Paque a new career-high cash-in with €389,000, after winning the 2019 Master Classic of Poker Main Event for €260,878. 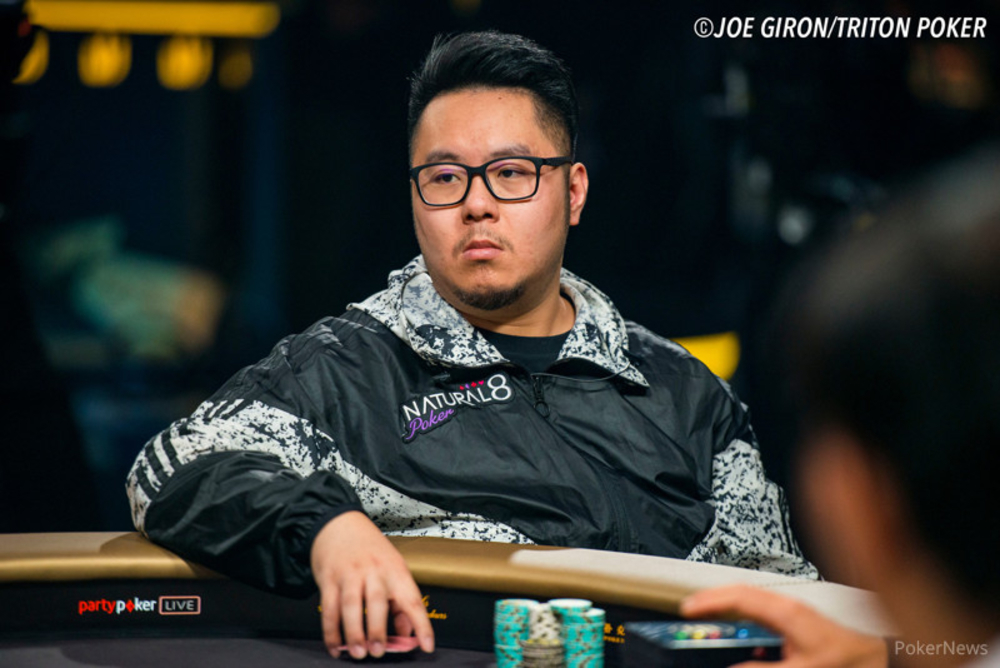 Tang delivered another knockout blow after flipping pocket aces to beat Mike Watson's shove with a pair of fours in the hole. Though Watson wrongly believed he had the nuts, he can't have been too disappointed with a €482,300 payday.

Tang continued his form and sent Fedor Holz packing in 3rd place, earning the chip lead over Badziakouski in the process. Tang opened the hand with a raise to 300,000, Folz followed with a three-bet to 1,100,000 and swiftly called Tang's four-bet shove to 3,700,00. Holz showed a strong ace-queen but Tang hit back with a cooler ace-king and secured the win with a king on the flop.

The heads up battle began and with such a strong lead, Tang seemed the certain victor - at one point he had a 10-1 lead over Badziakouski, but the Belarussian clawed back to a competitive position. He offered a deal to split the remaining cash between the two, but failed to work out an agreement.

Play progressed until both players held just 25 big blinds between them. Tang went all-in with king-deuce but was met with pocket nines from Badziakouski. The pair became a triplet with the first centre card and Tang hit the rail in second place with €932,000.

The hand delivered a record fourth Triton title to Badziakouski, along with €1,340,000 and 1020 player of the year points.

Check out the winning hand here: