This victory is Ponakovs first ever live bracelet and just one of two WSOP event wins, after landing his first in the WSOP online last November.

According to The Hendon Mob, before May this year, Ponakovs had only amassed roughly half a million in career earnings. He then landed a near-million dollar prize at the Triton Poker Series Madrid and now cashes in double that with a career high score of almost $2 million. These recent endeavours have totalled his all-time earnings to $3,318,328, which makes him the second-most successful Latvian poker pro to touch the felt. He is the also the only Latvian to win a WSOP bracelet. 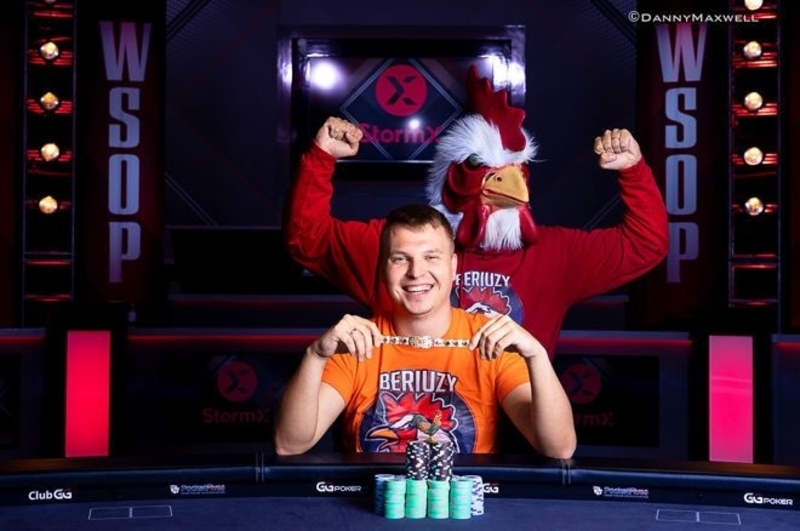 Ponakovs is no rookie either. He has been playing at a high level for almost a decade, with his first notable tournament being a 33rd-place finish in the 2013 WSOP Main Event, but only recently has he seen a wild surge in success.

In a post-win interview, Ponakovs was understandably ecstatic with the victory:

I’m really pleased to finally get the bracelet. There is for sure some good stuff happening right now in my head. I will realize later [as it sinks in].

At the table, Ponakovs sported a rather flashy shirt and to his surprise, the rail took inspiration - joining him with the roosters theme:

At first I was really laughing about it, but it really helped in the end.

This hot streak is stirring confidence in the Latvian pro, as he promised he is "coming for more events.” It's no surprise, as this win didn't just provide a hefty boost to his bank balance but also provided a heads-up victory over poker legend Phil Ivey.

The last day of Event #42 saw 23 entrants still alive and fighting for that top prize. In just a few minutes, knockouts began with some of the late entrants being sent home first. It started with Justin Bonomo and Alex Foxen, who simply could not get anything going and from there it was like dominos.

Short stack players just couldn't keep up with how fast the big blinds were increasing and many were eliminated early in the day. The rapid eliminations began to slow down as we approached the money bubble. Caution took over playstyles, in hopes to make it to the top 10 and cash in from the days work.

A micro-stack battle began between Koray Aldemir and Eric Worre who were both keeping their heads above water with just a few big blinds to their names. Aldemir became bubble boy and sadly went home in 11th place, but was swiftly followed by Worre who was likely happy to walk away with $162,623 more in his pocket.

Nick Petrangelo was next to go in ninth place, along with start-of-the-day chip-leader Masashi Oya, who both fell to a river queen from Gregory Jensen. This brought the field to an official final table, when the decision was made to move up the schedule and finish the event a day early.

Soon after, Ben Heath landed a flush on river to send Mikita Badziakouski packing in 7th place, who took a cool $255,001 with him. Talal Shakerchi followed him out the door as his pocket aces couldn't compete with the quad kings of soon-to-be champ, Ponakovs.

The remaining five players then took a dinner break, and upon their return got straight back into the action - eliminating Michael Moncek, who turned his payday from winning Event #13: $1,500 Limit Hold’em into an even bigger success here.

After riding his close call at the bubble break all the way to the top four, hedge fund manager Gregory Jensen was next to go - hitting the rail for $571,896.

Three players remained - Phil Ivey, Ben Heath and Aleksejs Ponakovs. Heath struggled to recover from watching his aces go up in flames against a flush from Ivey. He was left short stacked and took a gamble on a suited ace and eight, where he pushed the table into heads-up and gracefully exited with a few fist bumps.

The moment Ivey sent Heath home and entered into a heads-up battle with Ponakovs:

IVEY IS NOW HEADS UP FOR BRACELET #11.

A queen on the turn sends Ben Heath to the rail in 3rd place.

Ivey now faces off against Aleksejs Ponakovs for $1,897,363 and the gold bracelet. #IVEYWATCH

Ivey vs Ponakovs Heads Up

Phil Ivey was now within touching of his 11th World Series of Poker bracelet, but Ponakovs stood in his way. Ivey entered the final two with a slight lead and even took a two-to-one advantage when his top pair bested the ace-high of Ponakovs ace-high. But to Ivey's demise, Ponakovs regained the lead when he returned the favour and landed a top pair, and then a trips to defeat Ivey's flush draw.

The final hand saw Ivey go all-in as he held a straight draw against Ponakovs pair. Ivey was left with just eight outs to win the hand and take home his 11th WSOP title win, but he sadly landed a lower pair and with that, Ponakovs became the champion of Event #42. 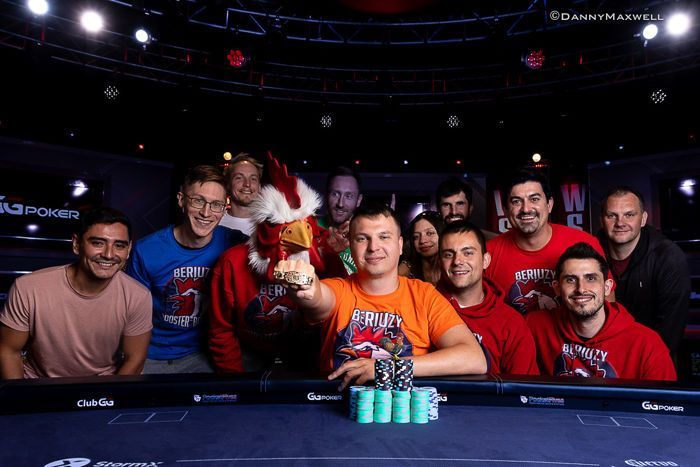