As the 2022 World Series of Poker (WSOP) Main Event final is creeping closer at the Bally’s and Paris Las Vegas Casino, why not take a look at the highlights from this weekend, it was an eventful one to say the least!

With many hall of farmers falling on day 1, including Johnny Chan, Berry Johnston, Daniel Negreanu and Phill Helmuth, the rest of the Main Event is unclear!

This weekend at WSOP 2022 saw a classic Mike Matusow blow after going heads-up with Mikolaj Zawadski.

Matusow was found in a losing position with A♦7♣ and Zawadski with 9♣8♣, with the community cards 5♣Q♣5♥4♥. The turn saw Matusow check and Zawadzki followed.

Matusow went for a bluff and went all in with 390,000 leading Zawadzki into the tank.

Zawadzki eventually gave in and called, leading to a Matusow bust!

"I went for it. I didn't think you had a flush. Nice hand," Matusow said quietly.

On day 3 of the WSOP Main Event 2022, 888poker’s Sam Abernathy lost a cruel bad beat, leading to her WSOP departure.

Abernathy had K♥K♠ and was assured to earn a valuable double-up, putting her in position to make a run at the money. But her opponent, Mike Gao, also had K♥K♣, a chopped pot was seemingly expected.

The flop was Q♦5♦3♥, putting Gao in the lead, the turn saw 4♦. Unfortunately, for Abernathy the river completed Gao flush with 9♦. 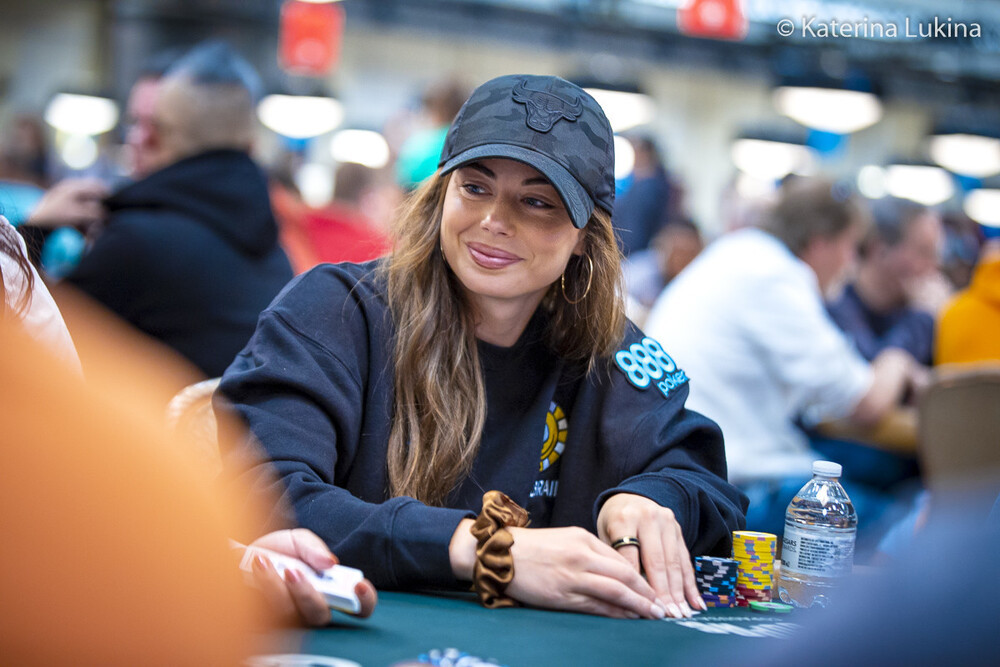 Over the weekend, poker legend Scotty Nguyen was accused of pocketing his starting chips, surprisingly he is not the first to be accused this year!

Unnamed sources have said, Nguyen registered for Day 2 of the Main Event and, upon arriving at his table, he claimed his 60,000 chips were gone. After some confusion, it was verified that the number of chips distributed was correct, and Nguyen's chips were indeed gone.

They decided that they would look into the cameras to find out what had happened. With that, Nguyen suddenly recalled that he had put the chips in his pocket, he had blamed booze for making him forget.

This was kept quiet, however, some poker players took to social media to recall the scandal, including Matt Glantz,

If I ever late reg the main event, put the chips in my pocket, and then ask for my starting stack at a later point, I am cheating.

I am not drunk. I am not on drugs. I am not overtired.
I am just cheating.

The World Series of Poker Main Event reached the bubble on Sunday morning, with Robert Lipkin from Chicago, Illinois busting in 1,301st place.

Lucky for Kevin Campbell, last year's bubble, he was able to escape the same mishap that he faced at last year's WSOP, when he was busted with pocket aces.

As the bubble approached, Bally's was buzzing with anticipation for over an hour. Five tables were all in a call situation, with three of which resulted in elimination.

The WSOP held a race-off between three players who were eliminated, with the winner receiving free entry into the tournament next year. All three players split the $15,000 payout for 1,300th place.

Each player was dealt a hand and the dealer then turned over the board, which was 7♥4♣A♠10♣5♦ and then Lipkin flipped over 8♥6♥, which was unbeatable.

Lipkin has now had 34 career cashes in bracelet events and over $430,000 in all live tournament cashes.

Chess legend Magnus Carslen was denied his chance of becoming the WSOP Poker World Champion on Wednesday, despite this he did amazingly throughout the tournament, and is well deserving of a honourable mention.

Even though Carlsen tried, the cards wouldn't let him get ahead, and when the blinds were at 300-500/500, he pushed all his chips in from the cut-off with only 12,000 behind. The big blind, Rahul Desirazu, had enough chips to cover him and called with a pair of queens. 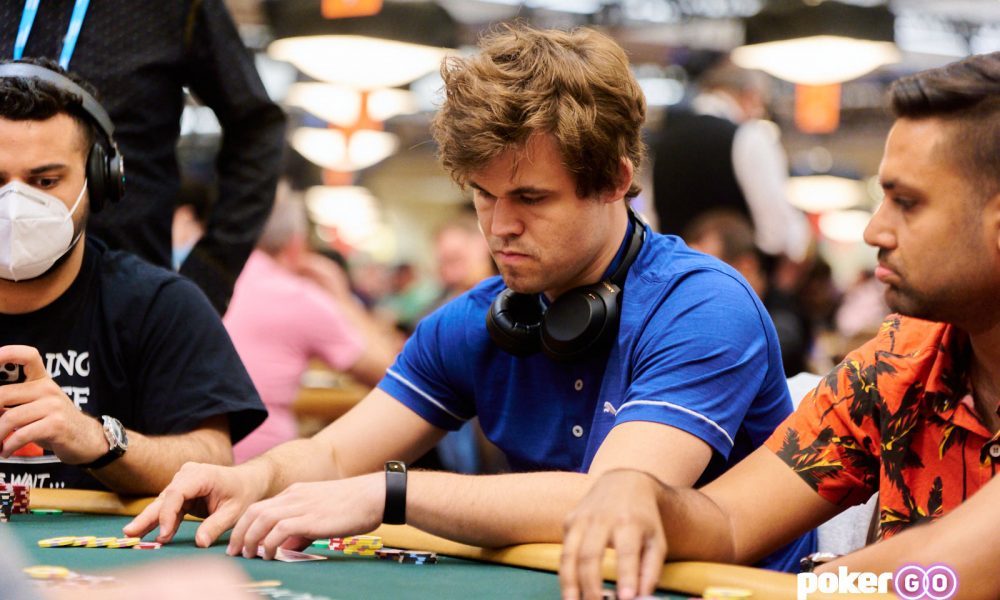 Over the weekend, one player had the worst luck of the weekend when the flop gave them quad 6’s against a straight flush on the river.