Poker is undoubtedly a game of statistics and mathematics. By following a poker strategy that follows the correct odds and probabilities, then the chances of winning are significantly increased.

Probability is the likelihood of one outcome compared to another. In poker, it is possible to calculate the probability of being dealt a certain hand, and how often this hand is likely to win, as long as the cards are dealt randomly.

In the standard deck of 52 cards, there are 13 ranks (from two through to ten, Jack, Queen, King, and Ace) and 4 suits (diamonds, hearts, clubs, and spades). When playing poker, there are 9 possible types of hands within these cards. A poker hand is a particular arrangement of card suits and ranks.

A royal flush is the strongest hand whilst no pair is the weakest. Stronger hands will always beat weaker hands.

Full House - A Full House is a pair plus three of a kind in the same hand.

Flush - A Flush is five cards in the same suit, not in numerical order.

Straight - A Straight is five cards in numerical order, but not in the same suit.

Two Pair - A Two Pair is two different pairings or sets of the same card in one hand..

One Pair - A Pair is a pairing of the same card.

No Pair / High Card - If no player has any of the above card combinations, then the player with the highest card wins.

Stud poker is a classic, popular version of poker. Each player is dealt 5 cards, and the player with the best card hand wins.

There are 2,598,960 distinct poker hands in this variation of poker. 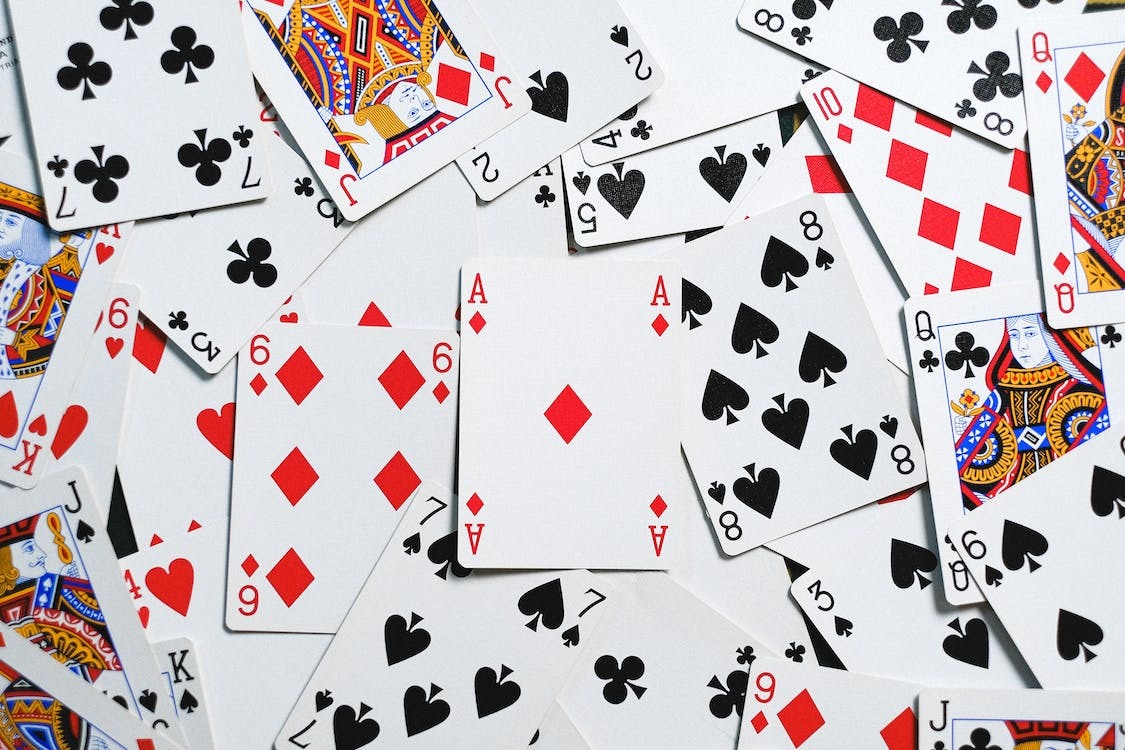 Texas Hold’Em, a popular variation of poker, involves a hand consisting of 7 cards. The player then picks their best 5 cards.

Being the second-best hand in Hold’Em, a straight flush is also highly improbable. There is a 0.0279% chance of scoring a straight flush, with only 37,260 distinct hands available in the game. Normally, every 3,589.57 hands will lead to a straight flush.

Four of a kind

Playing a four of a kind is unlikely in a game of Hold’Em, with every 594 hands leading to this poker hand. This equates to a probability of 0.168% as there are 224,848 different hand possibilities.

A full house is another unlikely combination in Hold’Em, with only a 2.60% likelihood of scoring this hand. There are 3,473,184 distinct hand combinations, meaning that every 37.52 hands will lead to a full house.

Three of a kind

There is a 23.5% chance of getting a two pair in Hold’Em, making it the second-most likely poker hand to get. On average, every 3.26 hands will lead to this hand because there are 31,433,400 different ways to form a two pair.

One pair is the most likely poker hand you will form in Hold’Em poker. There are 58,627,800 combinations available for one pair, meaning there is a 43.8% possibility of scoring this hand. Every 1.28 turns will lead, on average, to a pair.