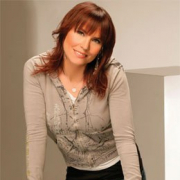 aka Annie Legend, The Duke, The Duchess

Annie Duke is the sister of poker pro Howard Lederer. It was Howard who advised Duke to enter the 2004 WSOP, and she ended up knocking him out of the tournament.

Born Anne LaBarr Lederer, Annie Duke is the daughter of two teachers - Rhoda S. and Richard Lederer. Annie thought she would become a teacher like her parents, but in the midst of research for her doctorate in Cognitive Psychology at the University of Pennsylvania, she proposed to long-standing friend Ben Duke. Annie subsequently abandoned her studies for a life of romantic poverty in Billings, Montana with Ben Duke, and began playing poker in the local rooms to pay the mortgage on their first home.

Annie Duke won her first World Series of Poker bracelet in 2004, beating 234 players in the $2,000 buy-in Omaha Hi/Lo Split. In the same year she took $2 million in the invitation only, winner-takes-all No Limit Texas Hold'em WSOP Tournament of Champions.

In 2005, Duke released her biography "Annie Duke: How I raised, bluffed, flirted, cursed and won millions at the World Series of Poker." She has also released a series of poker DVDs. Annie currently works as a consultant for online poker site UB.com, and is highly sought after for her poker knowledge and skills, having coached the likes of Matt Damon and Ben Affleck.