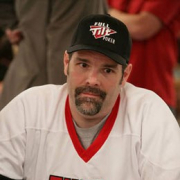 Aside from his poker nickname "The Professor", Howard Lederer was known as "Bubba" - a nickname given to him by sister because he was obese for much of his life. After Gastric Bypass surgery and the consequent weight loss, the nickname was shortened to "Bub". Being semi-vegetarian, Lederer once won a bet with poker player David Grey by eating a cheeseburger.

American professional poker player Howard Henry Lederer, born in Concord, New Hampshire, is the brother of fellow poker pro Annie Duke. From a young age Lederer was a talented chess player, and it was on moving to New York to attend university that he discovered poker through the Manhattan Chess Club where he played. Shortly after he was introduced to the game through his chess club, he started playing poker at the Mayfair Club with other future pros such as Dan Harrington and Erik Siedel.

Along with Ray Bitar, Howard Lederer is a founder, CEO, and co-owner of "Tiltware Inc." - the company behind Full Tilt Poker. In 2011, the U.S. Justice Department filed a motion to amend a civil complaint that alleged that the four directors (one of them being Lederer) of Full Tilt Poker had been running a ponzi scheme that had paid over $440 million in Full Tilt players' money to the Lederer and the firm's owners.

Lederer's most notable poker achievements are his two consecutive WSOP Bracelet wins - the $5k Limit Omaha Hi-Lo in 2000, and the $5k Deuce to Seven Draw in 2001. He has also won two WPT titles. As of 2010 Howard Lederer's total live tournament winnings amounted to nearly $6 million!