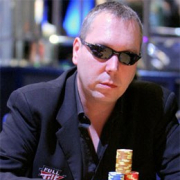 In 1997, Beevers won his first major event - The Master Classics of Poker, Amsterdam. Shortly after the win, at 3am, Beevers called his friend and then flatmate to tell him the news by singing Queen's "We Are The Champions" down the phone at him. It is not known how pleased Joe Beevers' flatmate was about this call.

Joseph Charles Beevers got his first taste of poker in Luton during a Blackjack session when he entered a £10 pot limit stud rebuy tournament. He quickly went on to play regular seven-card stud poker around North London to build his bankroll - reputedly making £35,000 from those games alone.

Although he did not turn to poker 'til later in life, Joe's father taught him how to count cards in blackjack, as well as how to work out probabilities and permutations, at the age of ten. At age eighteen, Joe Beevers joined his father and one other man to form a card-counting team. This was eventually abandoned after Joe had been banned from four casinos, and his father from nineteen.

After working for Natwest and then Citibank, Beevers attended Middlesex University where he earned a degree in Finance and Accounting. By the time he graduated, he was making so much money from playing poker and teaching the game to students and teachers that he never returned to office work.

Joe Beevers is considered one of the pioneers of Poker Television, having appeared on every single series of Late Night Poker and making it through to three grand finals - a record number for the show.