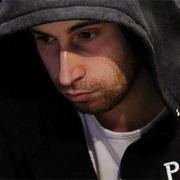 Jonathan Duhamel is perhaps most well known for winning the 2010 WSOP Main Event, becoming the first Canadian to take a main event bracelet. Duhamel went on to win the 2011 EPT High Roller Event, a victory which saw him take €200,000. As of 2012, Jonathan Duhamel's winnings amount to nearly $11 million, the majority of which ($8.9 million) is made up of his WSOP 2010 Main Event first place prize.

Jonathan is a serious sports fan, and maintains that his involvement with sports has taught him the importance of working in a team. As for his strong work ethic, Duhamel attributes it to his parents having encouraged him to work from a young age. He took part-time jobs outside of school, and he recalls that his first was working as a strawberry picker.

In December of 2011 Duhamel's home was invaded; he was robbed of a rolex, his main event bracelet, and cash; and left badly beaten. Police have since recovered about half of the stolen cash. Three men have been arrested, and a fourth has been questioned in connection with the robbery. Not letting the events knock him off his game, Jonathan Duhamel made four final tables in the PokerStars Caribbean Adventure in January 2012, and earned $313,600 for his performance.