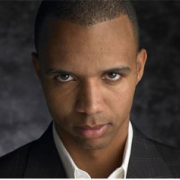 aka The Tiger Woods of Poker, No Home Jerome

Phil Ivey is a keen golfer, and finished third place in the inaugural World Series of Golf.

Regarded by many as the best all-round poker player in the world, Phil Ivey has won an astonishing 8 World Series of Poker bracelets, one World Poker Tour title, and has made it to nine WPT final tables. As of 2012, his total live tournament winnings amounted to in excess of $16,000,000; he is ranked second place on the all-time money list behind Erik Seidel (who's tournament winnings as of 2011 exceeded $16,600,000). As of October 2012, Phil Ivey's earnings totalled to over $17.5 million in live tournaments and another $19 million in online poker cash games.

Ivey first started playing poker seriously against his telemarketing colleagues in New Brunswick in the late 1990s. In addition to the nickname "The Tiger Woods of Poker", Ivey was also known as "No Home Jerome" which comes from the ID card he secured in his early poker days to practice in Atlantic City, New Jersey.

Ivey is an avid basketball follower, and as such can often be seen wearing basketball jerseys in public. He is a fan of the Houston Rockets, the Los Angeles Lakers, and the Buffalo Bills. Aside from following basketball, Ivey spends his spare time prop betting and playing video games.

Ivey and his (now ex-) wife Luciaetta divorced (through filing a joint petition) in 2009 after seven years of marriage. Phil Ivey now lives in Las Vegas.