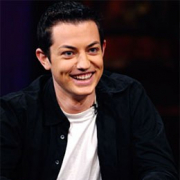 Dwan chose the alias 'durrrr' believing that it would put players on tilt if they lost to him.

Tom Dwan got his first taste of online poker in 2004, when he deposited $50 that his father had given him for his 17th Birthday onto Paradise Poker. He began by focussing on $6 sit 'n' go's, but got off to a shakey start, losing $35. He determined to succeed though, and with the remaining $15 stuck at these SNG's until he was able to make a profit. Dwan gradually improved, and moved up in stake levels until he was playing Heads-up No-Limit games against other professionals.

Tom Dwan reportedly earned $312,800 at Full Tilt in 2007. In 2008 he is rumoured to have made a staggering $5.41 million! A player of frequent up and down swings, Dwan has experienced several substantial losses to his bankroll, but has always managed to recover them eventually.