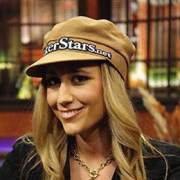 Vanessa Rousso met her future husband Chad Brown at the 2006 World Poker Tour $25k event final table. They got married in 2008, becoming the first husband and wife to both be part of the same major online poker team. Rousso and Brown separated in 2012.

Vanessa Ashley Rousso started playing poker at the surprisingly young age of five years old, but began playing seriously during her summer break from The University of Miami School of Law - at which time she was still too young to play in casinos so opted to play online poker. Rousso ranks in the top five women in poker history in terms of total poker winnings - which, as of 2011, amounted to over $2,900,000.

Vanessa Rousso has perhaps the most impressive list of achievements prior to becoming a pro poker player out of anyone in the sport: At High School Vanessa was part of the lacrosse, swimming, and debate teams - excelling in the latter at national level; she graduated as valedictorian; participated in the National Honour and French Honour Societys; she founded and acted as president of the Environmental Club; she also volunteered for 'Mothers Against Drunk Drivers'. At college Rousso was on the Dean's list, and she went on to graduate from Duke University in just two and a half years - the shortest time to graduate in the history of the university. She then received the Chaplin scholarship to study Law at the University of Miami.

Not just a poker player, Rousso is an advocate for the sport and a pro-gambling activist on both state and national levels. In addition, she has also become something of a sex symbol in the world of poker, having appeared in the 2009 Sports Illustrated Swimsuit Issue. She is a member of Team PokerStars, and has appeared on various live event broadcasts and poker television shows such as 'Poker After Dark'.