Phil Ivey asks Crockfords where his £7.3 Million is 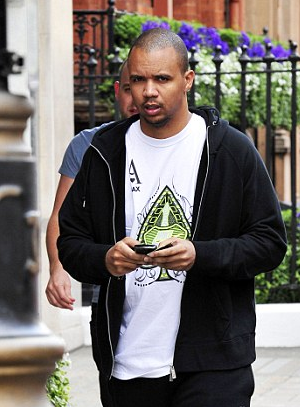 Phil Ivey is obviously no stranger to winning in poker since he’s collected over $17.5 million in live tournaments and another $19 million in online poker cash games. So when Ivey won £7.3 million ($11.7m) while playing Punto Banco at Crockfords, it wasn’t any major surprise that he was winning yet again.

An Incredible Run
As for how Ivey won the enormous sum of money, he staked himself with a £1 million bankroll and began making £50,000 wagers. Eventually, Crockfords gave him permission to raise the stakes to £150,000 a bet, and the poker pro went on an incredible streak from here. He won £2.3 million the first night, while the second night saw him double this with a £5 million profit.

Mystery Woman
Located in the exclusive Mayfair district of London, Crockfords is quite possibly the city’s most reputable casino. So when Phil Ivey won £7.3 million, they quickly agreed to wire him the money. However, the casino backed off of this agreement after suspecting possible collusion from dealers and/or floor workers; but following interviews, Crockfords dropped the idea of collusion.

This didn’t mean that the Genting-owned casino had completely given up though because they found out Ivey’s companion – a “beautiful Oriental woman” – had her membership revoked at another Genting gaming establishment. In light of this new evidence, Crockfords continues to hold the fortune until they decide if the woman had anything to do with Ivey’s great luck.

Will the Money be paid?
It’s now been a couple of months since Phil Ivey originally won the £7.3 million, and Crockfords is still investigating the matter. Meanwhile, lawyers from both sides are busy trying to work things out and come to a resolution.

Unfortunately, it’s hard to tell if Ivey will receive the winnings because so few details have been given on the matter. Neither side is commenting on the situation, and we only have this quote from his mother, Pamela Ivey, on what’s happening, “He never mentioned it. It can’t have been very important to him, or I think he’d have mentioned it.”

Even for somebody as rich as Ivey, it seems a little strange not to tell your mum about a casino withholding £7.3 million from you. But maybe he’s just as good at keeping a poker face away from the table too.

For more info on Phil Ivey and loads of other famous poker pros check out the RakeTheRake poker player profiles page.