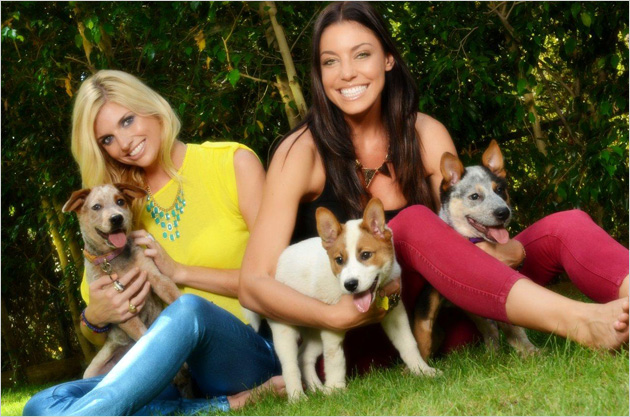 Rather than putting the emphasis on the actual game, Kimmel seeks to show a glorified view of what happens before and after poker tournaments. And in order to do this, Living the Life will follow models/reality TV stars Trishelle Cannatella and Amanda Kimmel (no relation to Josh) as they play in tournaments around the world.

Neither of these ladies is considered the world’s greatest poker player since Cannatella has just $31,702 in live tournament cashes while Kimmel has zero winnings. But again, the idea here is to create something that a mainstream, reality TV-obsessed audience would enjoy. Josh Kimmel addressed this on TwoPlusTwo.com when he wrote:

"Networks in general are very scared of the word poker, and outside of specific networks like GSN, GameTV, Spike etc., most networks just don't have an audience for poker. On the flip side, many networks have a huge audience for reality TV. Apparently, only about 0.6% of the reality TV audience will already know and follow the game of poker. With those stats it’s very tough to gear the whole show towards poker players."
If the producer is looking to draw in reality television fans, then Cannatella and Kimmel are definitely excellent choices. Trishelle is notorious for being the drunken party girl on the twelfth season of The Real World: Las Vegas. She’s also been on the shows Punk’d, The Surreal Life, Lingerie Bowl, Kill Reality and Celebrity Poker Showdown. As for Kimmel, she competed in the Miss USA pageant and was on the shows Survivor: China, Survivor: Micronesia and Survivor: Heroes vs. Villains; she holds the record for most collective days spent on the Survivor series with 108.

Aside from Trishelle Cannatella and April Kimmel’s involvement, several prominent poker pros are set to be on the program, including Jamie Gold, Andy Bloch, Daniel Negreanu, Xuan Liu and Barry Greenstein. The first episode is set to take place at EPT Barcelona, and there’s no word on when it will air.