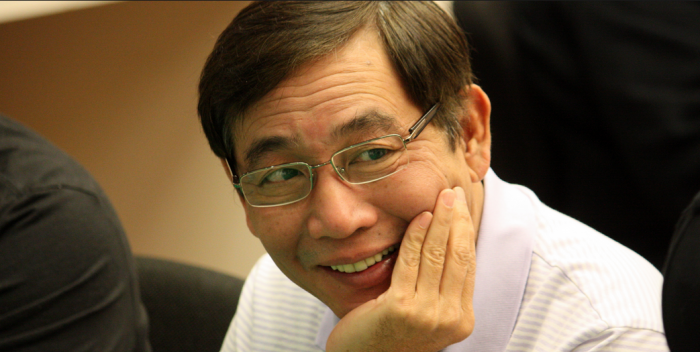 The 2014 WSOP may or may not be guaranteeing the second biggest Main Event prize ever... Any questions of IveyPoker being successful were laid to rest last week, but the site actually did too well... There's a good chance that cheating accusations leveled at 3-time WSOP gold bracelet winner Chau Giang are completely false. Let's take a closer look at all of these stories in the Weekly Flop.

WSOP Posts Massive Main Event Guarantee, Then Takes It Down

WSOP Main Event participation has been in decline since 2010, when 7,319 players entered the tournament. So Caesars Interactive may be thinking of a new strategy after temporarily posting a $10 million guaranteed top prize. The $10m payout was listed on WSOP.com under the 2014 schedule section.

Unfortunately, any evidence of this has been removed from the website. And Caesars Vice President Seth Palansky wasn't ready to give any hints on if the $10m first-place prize was for real either as he simply said, "We're still working through some things on the schedule and nothing should be taken as final." Was posting the guaranteed top prize an honest mistake? Or was it meant to drum up publicity?

In somewhat related news, a player is selling their 2013 WSOP bracelet on eBay for $99,995. There's no word on who the seller is, but they listed a $10k buy-in event bracelet. The only players who won $10k buy-in tournaments last year, other than the Main Event, were Daniel Alaei, Jesse Martin and Mark Radoja. So take your pick from these three.

IveyPoker So Popular That Visitors Crashed It!

Phil Ivey launched IveyPoker.com in late 2012 to much fanfare. But as time went by and nothing serious was done with the website, people began to speculate that Ivey would never see any profits from the training site. But as it turns out, IveyPoker may be too successful for its own good. Not long after launching new training videos and content, the site attracted too many visitors and crashed.

Ivey tweeted: "You guys love the new site so much that we’ve exceeded our bandwidth. Please stay with us as we work to resolve some technical issues." As of now, everything is back to normal. And judging from the larger-than-expected early turnout, IveyPoker should continue receiving lots of players who are hoping to learn from the best.

Chau Giang Cheated in Poker... Or did he?

Todd Brunson caused quite a stir when he tweeted a story about 3-time gold bracelet winner Chau Giang stealing $800 from another player during a Bellagio cash game. Brunson claimed that another pro went to the bathroom, and Giang reached over and took $800 from his chip stack.

If a very successful high stakes player putting his career and reputation at risk for $800 sounds a little fishy, that's because it probably is. Somebody who claims to have been in the game with Giang got on TwoPlusTwo and wrote that Chau came back from the bathroom and said that somebody took $400 from his stack. Other players at the table told him it was 'Shun,' so Giang took $800 - half for what he believed was his, and another half to play the same joke on Shun.

Obviously it's difficult to cut through all of the gossip here. But nobody should really be jumping to conclusions about Chiang suddenly being a cheater just because Brunson tweeted a second or third-hand account about the Bellagio incident.