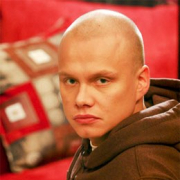 Ilari Sahamies has featured in a music video for the song 'Pojat On Poikii' (Boys Will Be Boys) by the Finnish rap group 'Uniikki'. Sponsored and produced by PowerPoker, the video sees Sahamies (credited as The Host) pick up the rap group in his black Mercedes. There then follows a good deal of the requisite posturing with wads of cash, shiny cars, and under-dressed women. 'Unikki' are some of the best rappers in Finland apparently.

Finland's Ilari Sahamies is one of the most renowned high stakes online poker players in the world, specialising in Pot Limit Omaha and No Limit Hold 'em. At age fifteen, Sahamies was introduced to poker by fellow Fin and poker pro Patrik Antonius at one of his home games.

Ilari is notorious for wild downswings - some as large as $2 million in single online sessions (according to his website). The self-styled party boy has admitted to previously making a habit of playing online poker while drunk; a mix of activities which apparently lost him over $3 million in the space of four years. As well as having a reputation for drinking, Sahamies is also notorious for his trash talking at the poker table, sometimes just directly insulting players.

In addition to being a successful poker player, Ilari Sahamies has won two Finnish Junior Billiards Championships, and - as of 2009 - is the defending Finnish watersliding champion!