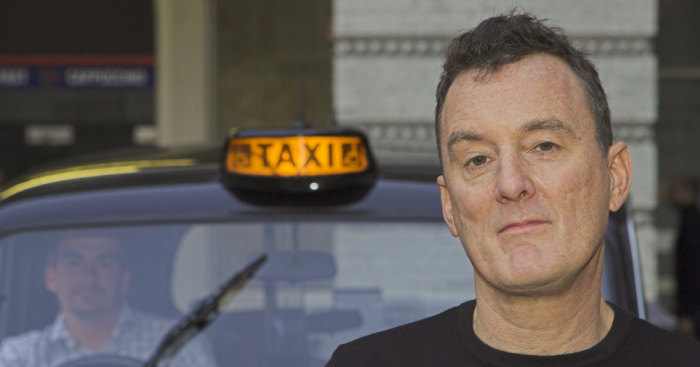 "...how many people have been given the chances I’ve had, and enjoyed, over the years. I’m blessed."

RakeTheRake had the pleasure of catching up with Barny Boatman to talk about his various achievements, his plans for the future, charcoal portraits, tweets, and of course poker.

RTR: You’re well known for being the first player ever to reach three consecutive final tables at the WSOP – do you think of that as one of your most important poker achievements to date?

Well let me see now. There was that time I...no that was someone else. Then there was...oh no, I dreamt that. Yep. That record, above all attaches me to a time and place. It places me as a pioneer of UK poker. A sort of enthusiastic victorian adventurer gazing out of a creased old sepia photo, unaware of the new fangled technological future that will soon overtake him. RTR: You’ve certainly achieved a great deal in poker, but does it bother you at all that a WSOP Bracelet and WPT title have always evaded you?

In a word, yes. But then again, in another word no. I had my best shot at a WSOP title in 2002 when I played in a star studded PLH final that included the likes of Erik Seidel and Johhny Chan. I managed to get heads up with another unknown player like me, who I think would forgive me for saying was my first choice at the table to contest the bracelet with. I lost it in a cooler hand and I didn’t really appreciate at the time what a difference there was between first and second. I was loving life and I had no doubt I’d be back. Barny Boatman today, rues the missed opportunity and knows how much harder it is to navigate the gigantic fields these day. But the thing is, Barny Boatman then, was right. The glass was half full. And it still is. I love this game, I’m still learning, still earning... and as for big results, who knows. The best player in the world may be someone you’ve never heard of. All I can do is love the game and try to play well. The rest is not in my control, so why lose sleep over it?
If a handful of big hands had held up in the last couple of tables of big events, I might have a title or two. But then again, how many people have been given the chances I’ve had, and enjoyed, over the years. I’m blessed. RTR: Was poker something you were determined to pursue at a pro level, or did your initial success play a big part in convincing you to play long-term?

Poker today is a career choice. But I don’t remember the careers officer at my North London comprehensive mentioning it to me. My whole life has been a series of accidents and surprises. Initial success did you say? I don’t know about that either. But I do know that I spotted something in poker that not many others did. And I saw a place for myself in it. RTR: Being the oldest member of the original Hendon Mob foursome, you’re something of a poker veteran – how much and in what ways have you seen the game of poker significantly change since you first started?

Everyone knows the story of the poker explosion. It was like the industrial revolution in a petri dish. Nothing much has changed really. Just who and how many people play, the status and visibility of the game, how and where it’s played. The knowledge, maths, language. Sponsorship, TV, the internet. Nah, I haven't noticed many changes. The chips are still round! RTR: To what, if anything, do you attribute your success and long career in poker?

If success in Poker can be defined as survival then yes, I’m in the middle of a successful career. As a player it’s essential that you observe, learn and adapt. The fact that I enjoy the challenge of the game makes this a pleasure. RTR: You’ve traveled pretty extensively, and you’ve even worked abroad, but you were born in London and still reside there – to what extent do you remain in London for poker and your connection to the game, and how vibrant do you think the London Poker scene is at the moment?

I stay based in London mainly for family reasons. If I wanted to live where the games were easiest, it would be almost anywhere else. Although I’m particularly enjoying the cash game scene at the moment. I’ve still got a soft spot for the Vic where it all started for me, but the Mint, and the Palm Beach are very comfortable places to play and there can can be some really lively games. The social side still matters to me, but I’m a lot chirpier when I’m winning. RTR: On 19th Feb, you tweeted: “That's what I love about this game. No matter how long you've been playing you can always find a new way to fuck up.” Do you think that’s the long-term draw for you (or indeed anyone) with poker - that there’s no such thing as perfecting your game?

That’s good. You got what I was saying. A musician I used to know was fond of saying that if a thing is worth doing, it’s worth doing badly. That’s the Punk ethic. I enjoy learning languages. Particularly my own. Yes, you can get by, ask directions, order drinks. But if you recognise that there is always something new to learn and to think about, you’ll get a lot more out of it and you’ll stand a chance of getting good. RTR: Incidentally, who is responsible for the beautiful Barney portrait that adorns your twitter background?

That would be me. I did it with my finger-nail on the Graffiti-Can app on my iphone. Remind me to show you some of the other poker players I’ve drawn on it. Of course, if you look closely you’ll see it’s not a very realistic rendering as I am portrayed holding aces. For a brief time I earned a few quid doing charcoal portraits by the way. Not a lot of people know that. RTR: Which poker player or players do you most admire and why?

How long have you got? I’ll start with Annette Obrastad. Her maturity, composure guts and intelligence...she seemed to be born brilliant. When this smart tough teenage female blasted her way to the WSOP Europe title it was for me a huge moment in poker. A Moneymaker moment. when was the last time you heard anyone accuse someone of ‘playing like a little girl?’
Some more briefly: Gus Hansen, genius and integrity; John Duthie, heart; The Hit Squad, Class; Phil Helmuth: Focus and professionalism; Alan Cunningham, temperament;
But above all I’m a fan of all the great young (to me) UK players. Sam Tricket, The Hit Squad, JP Kelly, Liv Boeree, Cody, Razavi, Akery, Holden... etc etc I admire these people not so much for what they are as for what they’re not. They’re smart people who could have been good at anything. They’ve had a lot of success right at the time when that meant the most but they’re not up themselves. They remain genuine, approachable people. The definition of cool. I’d love to think i’d be half as laid back as Tricket with a quarter of his success. RTR: You were at the last English Poker Open, where Mickey Petersen walked away with the much sought after EPO trophy. Did Mickey’s win fit with your predictions, and what were the highlights for you?

I dunno. Did I say that some lucky so-and-so who wasn’t me would probably win it? I do think I was the first to predict a ginger champion. Of course the EPO is a great event. It’s so far been held in three of the very best venues in poker. The incomparable Dusk til Dawn, and Genting Poker’s fabulous Palm Beach and Fox Clubs. To be honest, the highlight for me is still doing the live feed with Grub Smith and Matt Broughton. My favourite ever commentary gig. RTR: What’s the single best piece of advice you’d give a new poker player?

I’ve been answering this question the same way since back in the 20th century: “Always know the reason for what you do before you do it.” If you want me to expand on that, buy me a pint. RTR: Obviously you play poker, but you’ve been a commentator for TV poker and have written loads of articles – at this stage do you prefer one aspect or certain parts of your poker life over others?

I’m playing a lot more cash and a lot less tournaments these days. I feel like I’ve gone full circle and returned to the things that first drew me to live poker. But hopefully I’ve picked up some useful skills on that journey. I’m trying to do more writing so I quite enjoy things like writing the ‘You are the Tournament Director’ articles for thehendonomob.com. And tweeting. You were kind enough to mention my @barnyboatman account which is universally acknowledged (round my house anyway) to be the best poker twitter account with the least bad beat stories. RTR: What’s next for Barney Boatman?

Tony Holden's International Federation of Poker has invited me to Captain a UK team at the European Nation's Cup in Cyprus. That's going to be fascinating as it will be played as Match Poker which is genuinely innovative and is designed to highlight poker as a skilful competitive mind sport. I’ll continue to play on the Genting Poker Tour, which is great in every way. I’ll pop up once or twice a year to play an EPT or whatever, I'll always play the English Poker Open and I’ll never miss the WSOP Main Event. But apart from the whole business of the Hendon Mob, I’m trying to make room for other things. Particularly writing. I hope you’ll be seeing some fruits of that over the next couple of years.