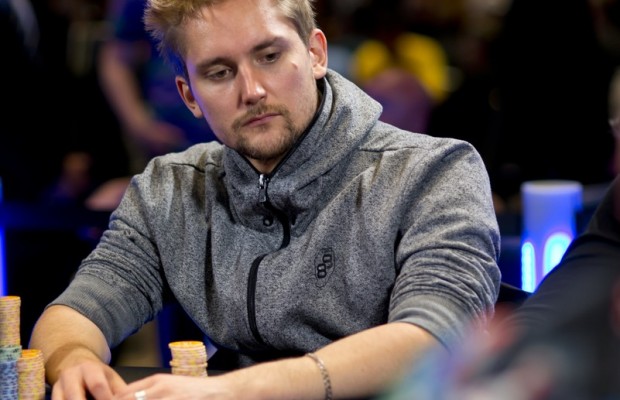 For most of 2013, the online poker world were captivated with Viktor 'Isildur1' Blom. The Swede started off the year on a $5 million upswing. But after his hot start, he experienced a lot of highs and lows, finishing 2013 on a $3 million downswing. He still claimed a $568k profit on the year, but this has to be disappointing when you consider his sizable winnings over the first few months.

Niklas 'ragen70' Heinecker certainly didn't have any disappointments in '13. He dominated most of the high stakes sessions that he played and topped the online poker world with $6.3 million in profits. You can really get a picture of the German's dominance when you consider that Ben 'Bttech' Tollerene earned the second highest amount at $2.9 million.

A couple of very familiar names landed among 2013's biggest winners. Hac 'trex313' Dang, who started a seafood restaurant with his brother, Di Dang, still found time to earn $1.8 million. Patrik Antonius ended a few consecutive years of losing by booking a $1.7 million profit under the name 'FinddaGrind.' Assuming you're interested in seeing all of the big winners, here's a closer look at statistics provided by HighStakesDB.

As good as Heinecker's results were, Gus Hansen's results were equally as bad, if not worse. The Great Dane had a miserable time on the felt in 2013 after losing $8.4 million. And what's worse is that his losses were highly publicized throughout the year.

One player whom few people would've expected to be among the biggest losers is Phil Ivey. Playing under his new 'Polarizing' name, Ivey lost $2.4 million. But even with this down year, he still has over $17 million in online poker profits dating back to 2007.

Ben Sulsky is another surprising loser from this past year. In 2012, he topped the internet poker world with $3.5 million in winnings. Unfortunately, his fortunes took a turn for the worse as he lost $1.4 million. Below you can see some of the other players who had rough years on the virtual felt.