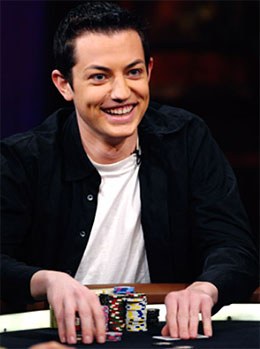 If the story of Tom Dwan winning a $25 million pot in Macau sounds too good to be true, that's because it is... Greg Raymer has the attention of backers everywhere after announcing a big staking deal... Cheating was so rampant at the Borgata Winter Open that they had to cancel a $2 million guaranteed tournament. Find out more about the hottest poker stories in the Weekly Flop.

Nothing in the poker world is more mysterious than the giant cash games that take place in Macau. This former Portuguese colony and current casino mecca is a hotbed of rumors, from Patrik Antonius being denied a seat because he's a nit, to guys consistently experiencing multi-million dollar swings. But lately, a story about Tom Dwan winning a US$25 million pot has blown all of these little rumors out of the water.

As CardPlayer Latin America reported, Dwan allegedly won the hand while playing in a US$15k/$30k NLHE game against a Chinese billionaire and two Chinese pros. But as much as we wanted to believe, it was more than a little suspicious that CardPlayer's story came from third-hand accounts. These suspicions were confirmed by Dwan himself when he put the $25m pot rumor to rest by tweeting:

ya so at the time of this bogus macau story 36hrs ago i was losing on my macau trip, and definitely hadn’t won 25 million in a session.

The world of poker backing is never a sure thing, and there are more than enough staking horror stories out there to confirm this statement. But if ever there were a guy to put your money behind, it's 2004 WSOP Main Event champ Greg Raymer.

'The Fossilman' recently announced through TwoPlusTwo that he's trying to raise $100,000 or more for his 2014 poker campaign. He's asking investors to buy shares of his action at $1,000 a piece, and he'll be buying at least 20 shares of himself. The profit split will see Raymer take 40% and the backers receive 60%. In the event of a loss, all shares equally absorb the costs, including Raymer's shares.

Sure, this isn't your standard backing deal and it theoretically weighs in Raymer's favor. But then again, this is a player who's made $7,422,988 in his career and has reached the 6-figure mark in seven out of the past 10 years. Plus, he's covering his own travel expenses so all he has to do is earn a profit on the felt for backers to win. Given that this staking deal arose because of his wife's fear of poker variance, and not Raymer being a degen, we like this opportunity even more.

Cheating is certainly nothing new in the poker world. But rarely do a few unsavory players cheat so badly that they topple a $2 million guaranteed tournament. Sadly, that's exactly what happened during the Borgata Winter Open $2m event, where one or more players were caught using a "significant amount of counterfeit chips."

After complaints arose over $5k gray chips that were colored far differently from the rest, the Borgata and New Jersey Division of Gaming Enforcement conducted an investigation. They discovered that enough cheating had occurred to the point where it impacted the results. It's a shame that they had to cancel this huge tournament since 4,812 players entered and created a prize pool worth over $2.4 million.